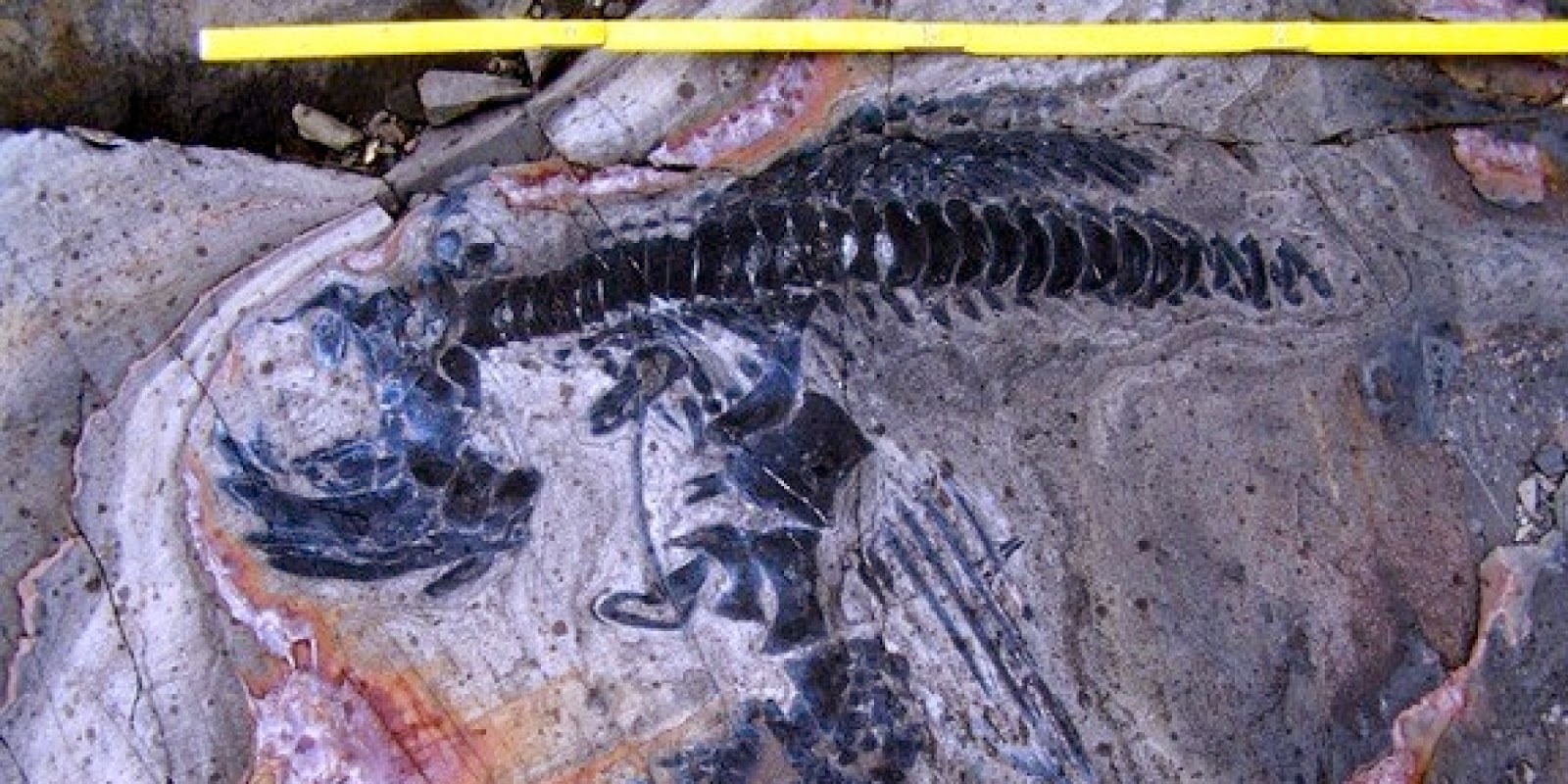 Dozens of nearly complete skeletons of prehistoric marine reptiles have been uncovered near a melting glacier in southern Chile.
Scientists found 46 specimens from four different species of extinct ichthyosaurs. These creatures, whose Greek name means "fish lizards," were a group of large, fast-swimming marine reptiles that lived during the Mesozoic Era, about 245 million to 90 million years ago.
The newly discovered skeletons are from both embryos and adults. The creatures, likely killed during a series of catastrophic mudslides, were preserved in deep-sea sediments that were later exposed by the melting glacier, the researchers said in the study, published May 22 in the journal Geological Society of America Bulletin.
Ichthyosaurs had torpedo-shaped bodies with vertical flippers, and long snouts with teeth.
"They look a lot like dolphins today," said Wolfgang Stinnesbeck, a paleontologist at the University of Heidelberg in Germany and the leader of the study.
Stinnesbeck and his team found the Early Cretaceous (150 million to 100 million years old) specimens near the Tyndall Glacier in the Torres del Paine National Park in Chile. As the glacier melted, the rock containing the fossils became exposed, Stinnesbeck told Live Science.
Very few of the ancient reptiles have been found in South America before; only a few remnants of rib cages and vertebrae had been found.
The largest ichthyosaur skeleton unearthed in Chile measures more than 16 feet (5 meters) long. The skeletons were extremely well preserved — some even retained soft tissues. The researchers also found fossil embryos inside a female specimen. They assigned the fossils to the family Ophthalmosauridae. 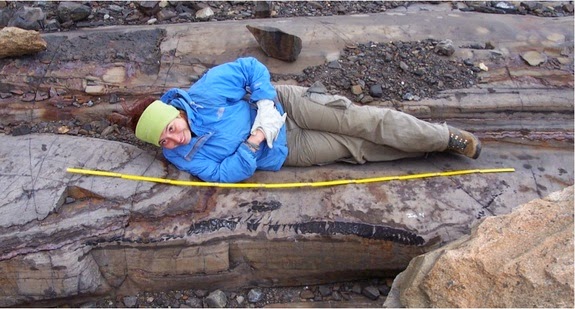 These "fish lizards" probably hunted in an underwater canyon near the coastline, pursuing a diet of squidlike animals and fish, the researchers said. Occasionally, there would have been mudflows that cascaded into the water like an avalanche, and the researchers think these mudflows killed the ichthyosaurs. The animals likely became disoriented and drowned, getting sucked into the deep sea, where their bodies were entombed in the sediment, the researchers said.
Ichthyosaurs swam the seas at the same time as dinosaurs roamed the Earth and pterosaurs reigned the skies, but they may have died out before their land- and air-dwelling brethren, Stinnesbeck said. A global depletion of oxygen in the oceans, possibly due to volcanism, may have caused the extinction of these seagoing reptiles, he said.
The discovery of these creatures establishes the Chilean glacier as one of the prime sites for Early Cretaceous marine reptiles worldwide, the researchers said. But getting to the fossil site is half the battle. To reach it, the team had to drive for five hours, hike for 10 to 12 hours to camp and then hike another two hours, sometimes in heavy rain, hail or snow.

The above story is based on materials provided by Geological Society of America.Note: Materials may be edited for content and length. by  By Tanya Lewis, Staff writer  photo Credit: Wolfgang Stinnesbeck
Share to: